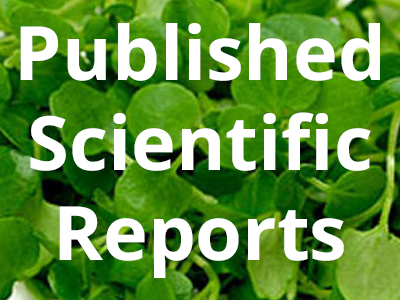 This section is published for health professionals. Here we share some of the hundreds of published research studies that have been carried out on sulforaphane and chlorophyll and wheatgrass juice.

You are our reason for being! We value you over everything because without you we would not exist. So thank you for your interest, your loyalty, your feedback and helping us make Vegus Juices better every year.

Why You Buy Vegus Juices

The reasons you buy our juices are many and if you are new to our site, then we kindly suggest you google sulforaphane and chlorophyll to discover clues as to what makes a huge 90% of you buy again and again.

You live all over the world and it is thanks to you and your referrals and recommending our product that our raw Broccoli sprout juice and Wheatgrass juice are known and bought in over 14 different countries and every year, we have to increase production by double on the previous year to keep up with demand.

Thank you for loyalty and for telling your friends about our wonderful juices.

Learn More About Us:

We sell a range of ready-to-drink raw, cold-pressed juice shots.  Our juices are never heated, never frozen and stay fresh for 8 month without storing in the fridge thanks to a special preservation process High Pressure Processing.  HPP uses extreme pressure at cold temperatures to stop bacteria and yet maintains the enzyme activity and nutrients that get destroyed in standard flash heat pasteurisation processes.  Enjoy freshly squeezed, cold-pressed juice everyday with Vegus Juices.

Our most popular juice is Broccoli Sprout juice and we are the only company in the world currently making this wonderful juice.  Our Wheatgrass juice is exceptionally but naturally sweet due to the growing conditions we have spent years perfecting. We listened to your feedback and as a result now make a sweeter source of sulforaphane: Broccoli Sprout + Beetroot juice.

Wheatgrass was used back in the days of the old Persian Empire (about 3,000 years ago) where it was and still is one of seven items used to celebrate Nowruz (New Year).  “Sabzeh” or sprouted wheatgrass signified the renewal of life and was also used to restore blood of women after child birth. More recently, wheatgrass juice enjoyed a vogue as a health tonic in the 1940s. Then later, the age of fast foods and convenience foods eclipsed such health tonics. Then through the evangelism of Dr Ann Wigmore and others, wheatgrass juice again became known as a valuable tonic or nutritional food. Many people consider that the juice is well worth taking at the rate of one or two fluid ounces (28-56ml) per day.

Wheatgrass juice is harvested from 7 day old shoots of wheatgrass.  The shoots are juiced which is done preferably at cold temperatures to preserve the enzymes.  The juice must be consumed immediately to avoid oxidation which causes the juice to turn browner in colour or it can be sealed and pasteurised at cold temperatures to preserve the nutrients.

Wheatgrass has been considered a nutrient-rich tonic for hundreds of years.  In fact it first arose in modern day popularity when, in the 1930s, agricultural chemist Charles F. Schnabel used wheatgrass to try to help chickens that were sick and dying. The wheatgrass did the trick, the chickens survived and produced three times more eggs than other hens.  Charles F. Schnabel became known as the father of wheatgrass.  He went on to explore the effects of wheatgrass on other livestock and found that regardless of species, the animals benefited when given cereal grass as a supplement.  His research documented larger litters, more and richer milk, lower infant mortality rates, better quality fur and improved general health.

Wheatgrass Juice is the liquid extracted from the sprouts of hard red winter wheat and is harvested at the stage immediately prior to the appearance of the first true jointing of the plant stem as it grows from seed, effectively young wheatgrass. There are no seeds present at this stage so that anyone who is allergic to gluten is still able to drink  wheatgrass juice. Gluten is only found in the seeds and without seeds there is no gluten.

Wheatgrass Juice is a Good Source of Protein

Wheatgrass juice is a good source of protein and contains 18 out of 20 of all essential amino acids.

Wheatgrass Juice is a Good Source of Minerals

Wheatgrass juice contains 12 of the 16 essential minerals.  In fact wheat grain is one of the only seeds known to have the ability to take up 80 or more minerals during its life cycle which is in effect, close to all known minerals. This means that if grown with availability of nutrients, in the proper environment, wheatgrass will be very nutrient dense due to it’s incredible genetic design.

Wheatgrass Juice is a Good Source of Chlorophyll

A primary ingredient in the wheatgrass juice is the chlorophyll that gives the juice its distinctively green appearance. Wheatgrass juice also contains amino acids, minerals, vitamins and enzymes.  You can also read some of the many research articles on chlorophyll.

Wheatgrass Juice is a Good Source of Enzymes

Wheatgrass, in it’s raw state is abundant in enzymes including amylase and protease which help break down nutrients. Unfortunately, the heat treatment process used to pasteurise other juices denatures or destroys their enzymes. For the same reason, there is no enzyme activity in wheatgrass powder that has been heat- or freeze-dried.

How to Use Wheatgrass Juice

Disclaimer: At Vegus Foods, we are farmers and we make great juices but we are not doctors or scientists or nutritionists. We are not any kind of health care providers. If you need medical advice or require diagnosis or treatment we cannot give it to you. You must consult a qualified practitioner (but please tell them all about our juices!) 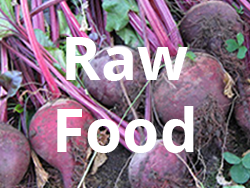 Vegus Juices are made from cold-pressed juice and are completely raw.  They are never heated and never frozen.  They are preserved using ultra high pressure, known as HPP, to preserve all the nutrients and enzymes so you get to enjoy all the benefits of raw, freshly-squeezed juice whenever you want.

The nutrients within foods can be more easily digested when the enzymes in those foods are still intact.  In Vegus Juices the important nutrients are sulforaphane in broccoli sprouts juice and chlorophyll in wheatgrass juice.

Why are Enzymes Important?

Enzymes are important because they help break down the food you eat into usable components.  This means that the body does not have to produce these in order to perform the digestive function.

Cooking and heating over 45 degrees Celsius (113 degrees Fahrenheit) denatures (destroys) these enzymes. The heat changes their structure and makes them inactive.  Because most enzymes occurring naturally in food are killed off during processing or cooking, the body lacks the tools to breakdown heated or freeze dried foods properly. This means that instead of being fully digested, the food it is processed in the gut by fermentation with sugars. This leads to indigestion, bloating and constipation. Worst of all the body doesn’t get the food values it needs.  When eating food that still has enzymes present, your food is properly digested so you are able to assimilate all the goodness out of the food your body will feel more satisfied, leaving you less likely crave unhealthy foods.

Vegus Juices are never heated so that all of the enzyme activity is preserved. In fact, tests have shown that the enzyme activity is actually slightly increased by 1-3% after after HPP. This means that it is easier for the body to absorb the important sulforaphane and chlorophyll that are present in our raw juices.  Note that heat-treated dry powdered extracts no longer contain active enzymes.

Have you ever wondered why people who eat raw food look so young and healthy? It’s because they’re eating foods loaded with nutrients and the enzymes in those foods enable them to digest all the nutrients.

Give your body a head start and make sure you include generous portions of salad,  raw vegetables or a raw Vegus Juice with every meal.

We at Vegus Juices are a dedicated team driven by the desire to help others.
Our values help shape the juice shots that we make to how we treat you our lovely customers.

We care that you are healthy.

This is fundamentally what drives us to spend hours in rainy Ireland nurturing and loving our sprouts so that our raw juices are full of vibrant living energy for you to enjoy.

We care that you love our juices enough to buy them again.

In fact, 90% of you do buy our raw juice shots again which we are very grateful for.  We love that some of you have been buying our juices for years and many of you tell your friends about us, thank you.

We care about you and why you buy our juices.

You can read some of the reviews about our juices and we’d love to hear your feedback.

We care about the truth.

This is why we encourage you to find out what we know and cannot tell you, by finding out about sulforaphane and chlorophyll.